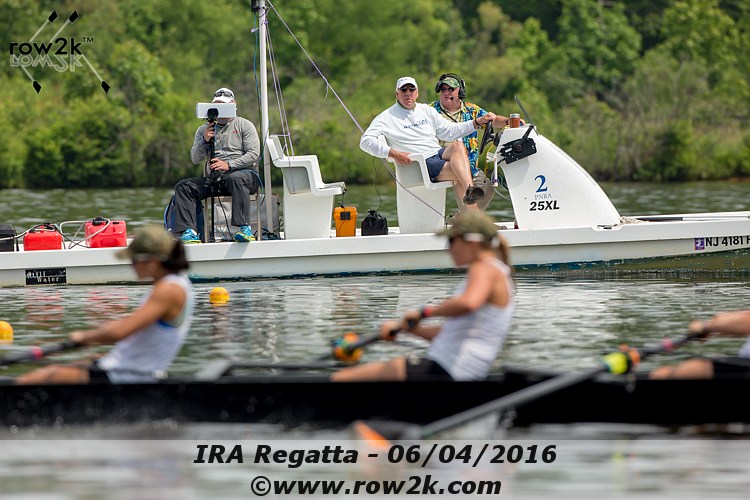 Once again, the IRA National Championships will be streamed via USRowing’s video department led by Willie Black. These events will be livestreamed and archived on USRowing’s YouTube channel. The channel can be accessed by the following link:   https://www.youtube.com/user/usrowingorg/featured

IRA Lead Announcer Fred Schoch, a 1973 graduate of Washington, former Head Coach at Georgetown, and longtime Executive Director of the Head of the Charles Regatta has been the voice of both the Men’s Sprints and the IRA Championships for the better part of 20 years.

Colleen Saville has been a part of the USRowing Collegiate Announcing Team for five years, as lead at the Women’s Sprints, and manning the start at Men’s Sprints and IRA Championships. Varsity Coxswain at Northeastern University, she cut her announcing chops on the Charles doing Husky radio and now internet broadcasts, and has broadened her resume to include the World Championships and World Cup announcing for FISA.

Steve Todd, former Head Men’s Coach at Oregon State, won the IRA Announcer contest in 2017 and immediately signed a long term contract to join the announcing team. Steve’s on air presence is becoming a staple in the Pacific Northwest, and his insider’s knowledge of the teams and coaches brings an enhancement to the overall broadcast.

RESULTS LINKS AND APPS:  All contain up to date lane assignments, heat times and results as they post.

Results on the web:  ira.qra.org