The IRA Challenge Cup preparing to ship to Berkeley.

BOSTON, Mass. – The Intercollegiate Rowing Association’s (IRA) marquee award for the Men’s Varsity Heavyweight Eight, the Varsity Challenge Cup, will be on display at this June’s National Championship regatta. The trophy has received recent enhancements, such as a new base with silver plates, felt carrying case and travel trunk, thanks to a generous gift from the University of Washington.

“On behalf of the IRA administration and Board of Stewards I would like to thank the University of Washington for their generous gift and upgrades made to the Varsity Challenge cup,” stated IRA Commissioner Gary Caldwell. “The cup has a long and prestigious history and we are excited that its case and new base are reflective of that prestige and honor.”

Enhancements to the trophy were recently finalized and the trophy has been delivered to the 2016 champions, University of California Berkeley. It will be on display at an upcoming alumni event and also be featured at the athletic department until the 2017 championship. The trophy will be on display on Sunday, June 4 so fans can catch a glimpse of this prestigious and historic award.

“We are thrilled to have the Challenge Cup back in Berkeley in time for our Alumni Day races this weekend,” said Cal Head Coach Mike Teti. “ It will be great to be able to display the historic trophy for all of our parents and alumni to see while providing the constant reminder to our guys about what we are training so hard to achieve again this year. Go Bears!”

Presented to the IRA by Dr. Louis Livingston Seaman of Cornell University in 1898, the silver cup is awarded to the Varsity Heavyweight Eight Champions. The cup was first awarded on July 2, 1898 at Saratoga Lake to the University of Pennsylvania. Theodore B. Starr made the intricate cup in New York.

"Last year, I asked the Class of 1966 to make a sizeable donation towards enhancing the trophy and its carrying case.  The goal of this was for the betterment and proper recognition of men’s intercollegiate rowing in the United States. It is one of the most historic prizes in all of intercollegiate sports.  It takes an immense amount of hard work for student athletes to excel at this level," echoed University of Washington Head Coach Michael Callahan.  "This donation by our program is one of many small and big steps that I believe ALL OF US need to take towards promoting the IRA Regatta, and all of intercollegiate men’s rowing.  The IRA needs to be celebrated.  It is an incredibly unique experience: a collection of some of the most prestigious and academically impactful universities coming together for one of the most competitive rowing races in the world, not just in the United States."

The trophy had previously been on display at the Museum of America and the Sea at the Mystic Seaport in Connecticut and recent IRA National Championship regattas. 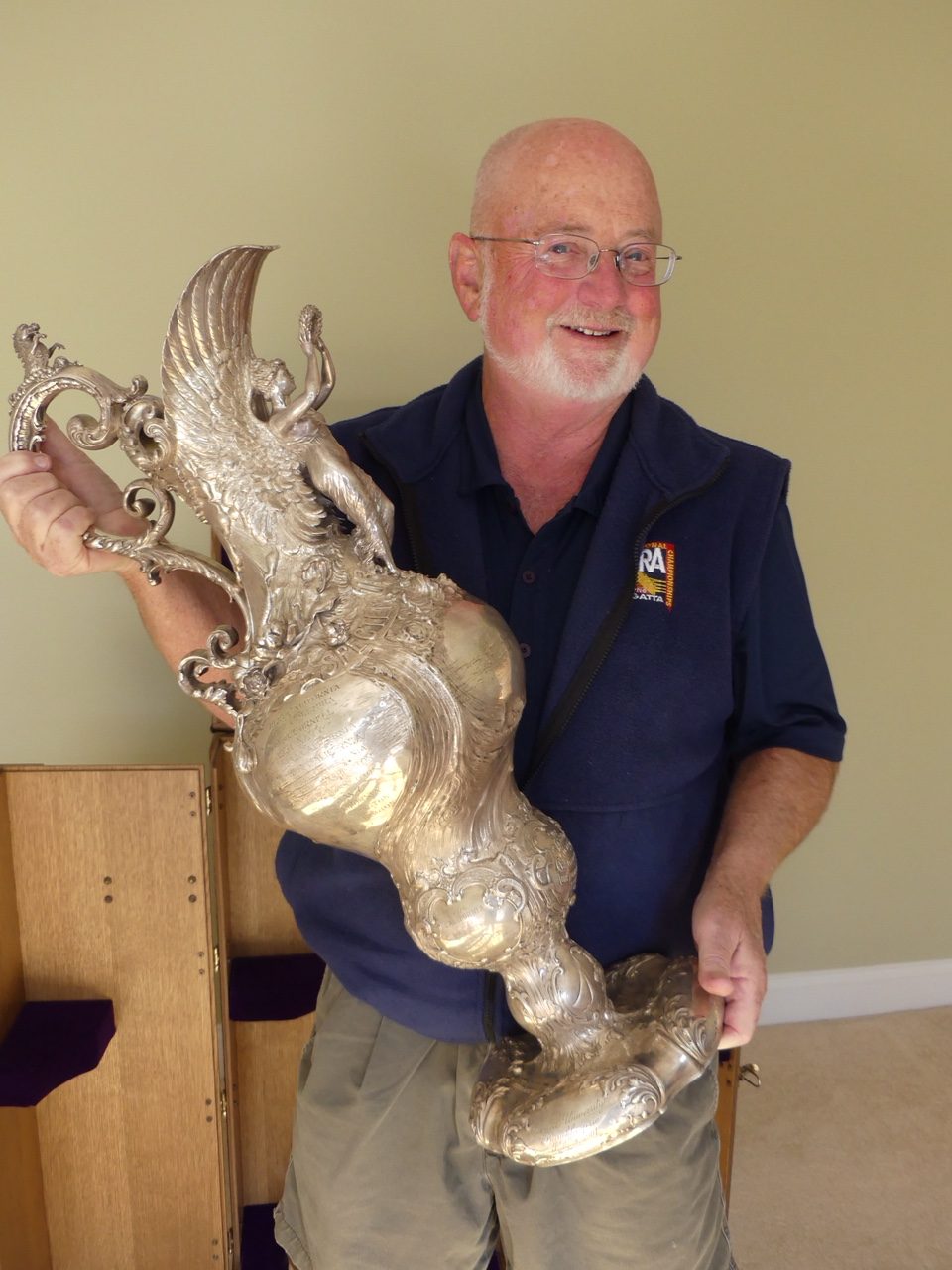 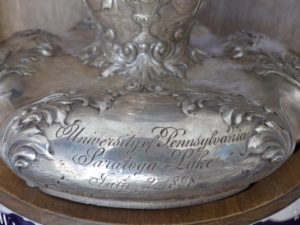 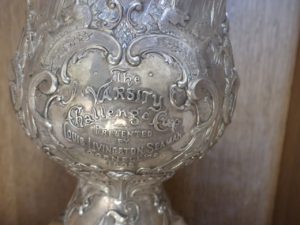 Closeup photos of the historic IRA Varsity Challenge Cup. On the left - the original inscription of when the trophy was first awarded in 1898. On the right the intricate engraving of the trophy and donator (Louis L. Seaman.)