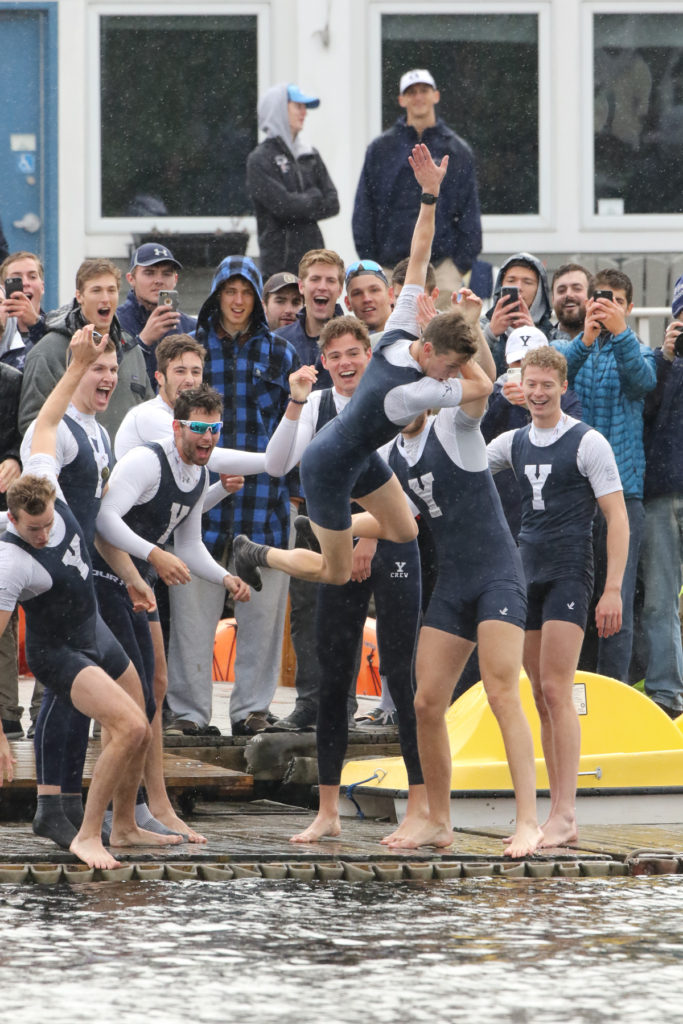 Yale’s Varsity Heavyweight Eight earned Heavyweight Crew of the Year after a first-place finish at Sprints, defeating Ivy League rival, Harvard University by just over four tenths of a second in one of the closest races in Sprints history.

“We're proud of their result. It's a crew lead by four seniors who wanted their legacy to be the fastest boathouse in the east. I believe the Rowe Cup and three consecutive sprints speak towards their passion and leadership,” exclaimed Assistant Coach and Recruiting Coordinator Sam Baum. “We're excited to see how they will close out their career. “ 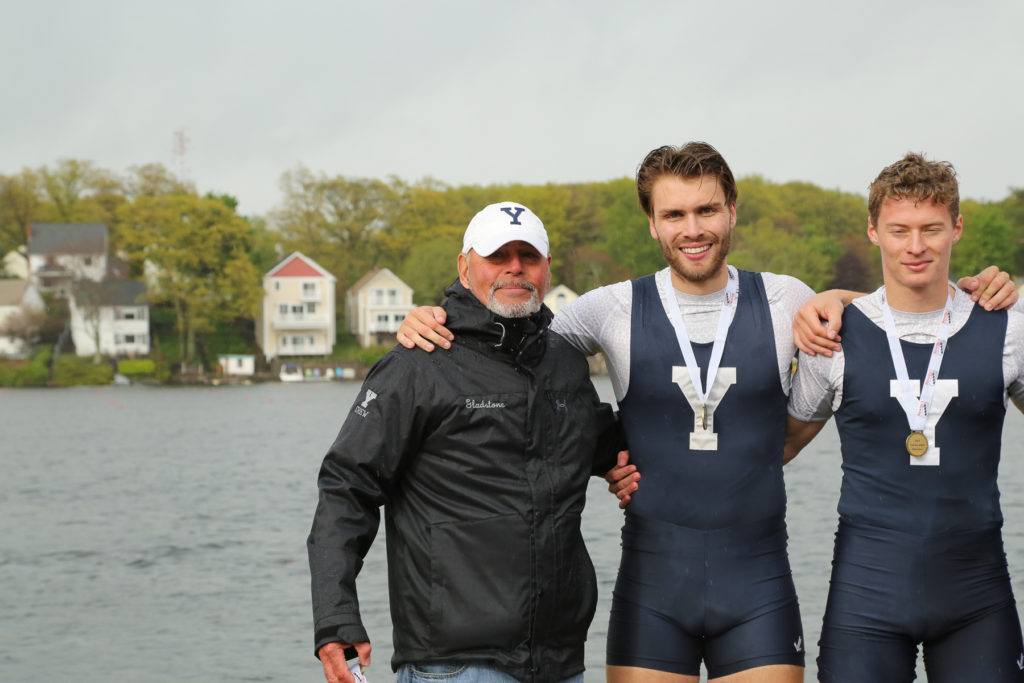 Steve Gladstone was selected as the EARC Heavyweight Coach of the Year after guiding the Elis to their third straight first-place finish in the Varsity Eight at Sprints. Yale also secured the Rowe Cup after posting the top points and finishes of all heavyweight crews at the regatta. This marked Yale’s first Rowe Cup since 1979. “I’m very, very happy that our Varsity Eight was honored by the EARC Coaches,” said Gladstone of the recognition. “I’m also very honored that I was named the EARC Coach of the Year.” 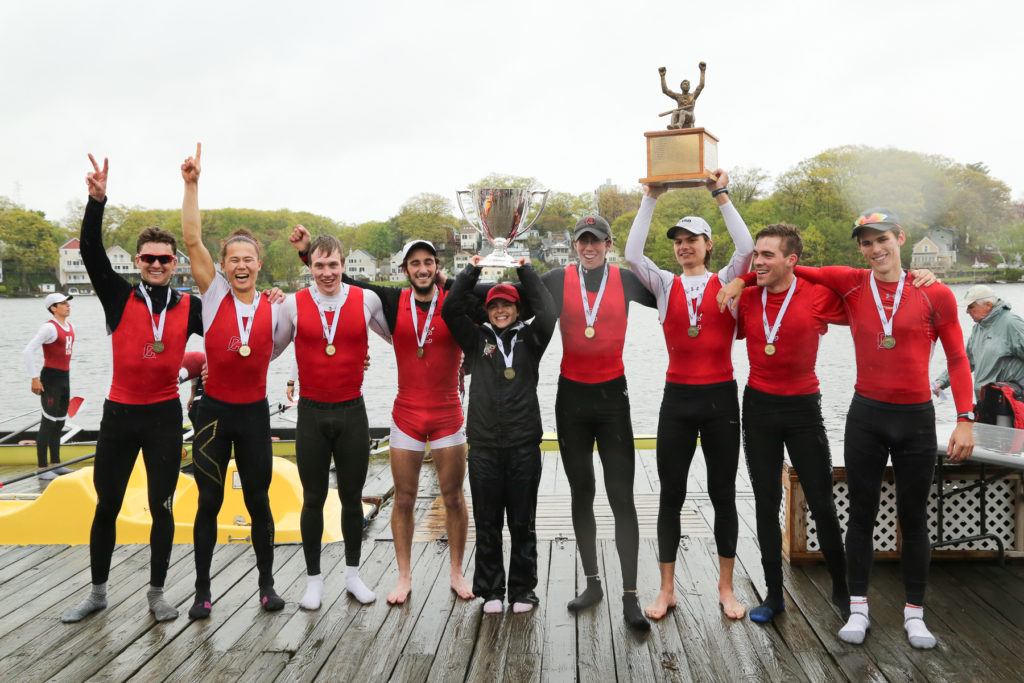 On the lightweight side it was the Cornell Varsity Lightweight Eights earning Lightweight Crew of the Year after their gold-medal performance on Lake Quinsigamond. The Big Red were undefeated heading into the day and they did not disappoint, besting runner-up Harvard by just under a second.

Cornell Head Coach, Chris Kerber was recognized as Lightweight Coach of the Year by his peers. "While this is amazing to be honored by our league peers... I feel the honor should be shared with the coaching staff, the support systems at Cornell, all of athletes & their families and the alumni who have come and blazed the path before us," stated Kerber on the honor. 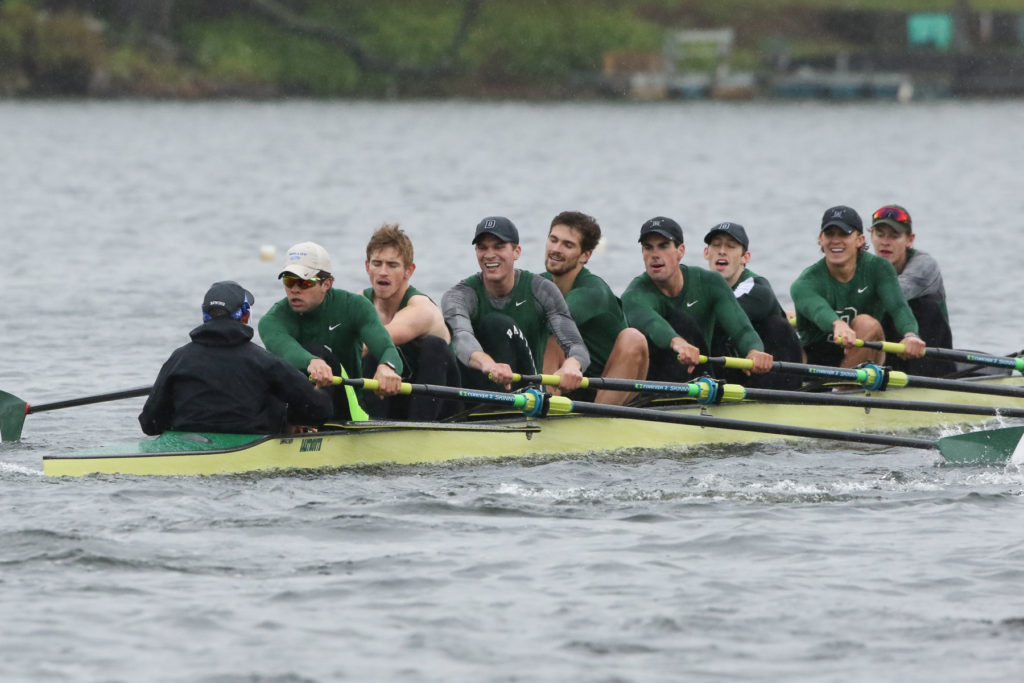 The Dartmouth College Varsity Eight earned the Rusty Callow Award after placing fifth overall in the Grand Final. This was the Big Green’s highest finish in the event since 2010. “The six seniors and two juniors in this crew have certainly taken their fair share of lumps over the past few years, and despite some tough results over that time, they’ve done an incredible job of sticking together and remaining committed to a long-term process,” echoed Dartmouth Head Coach Wyatt Allen. “It has been fun to see them enjoy a little success this season. This group has been driven in large part by their respect for the programs they face week after week in the EARC league, so receiving this recognition from their peers and competitors is a really nice honor.”

The Rusty Callow Award is presented each year by the EARC programs to the crew that best personifies the virtues of “spirit, courage and unity.” Awarded annually since 1963, the winner of the award is determined by a vote of the head coaches of the EARC. Rusty Callow was a legendary rowing coach, whose career spanned the first half of the 20th century. Rusty coached for many years at Washington, the University of Pennsylvania, and Navy. Among his many accomplishments, Callow coached the 1952 Navy crew to an Olympic gold medal.