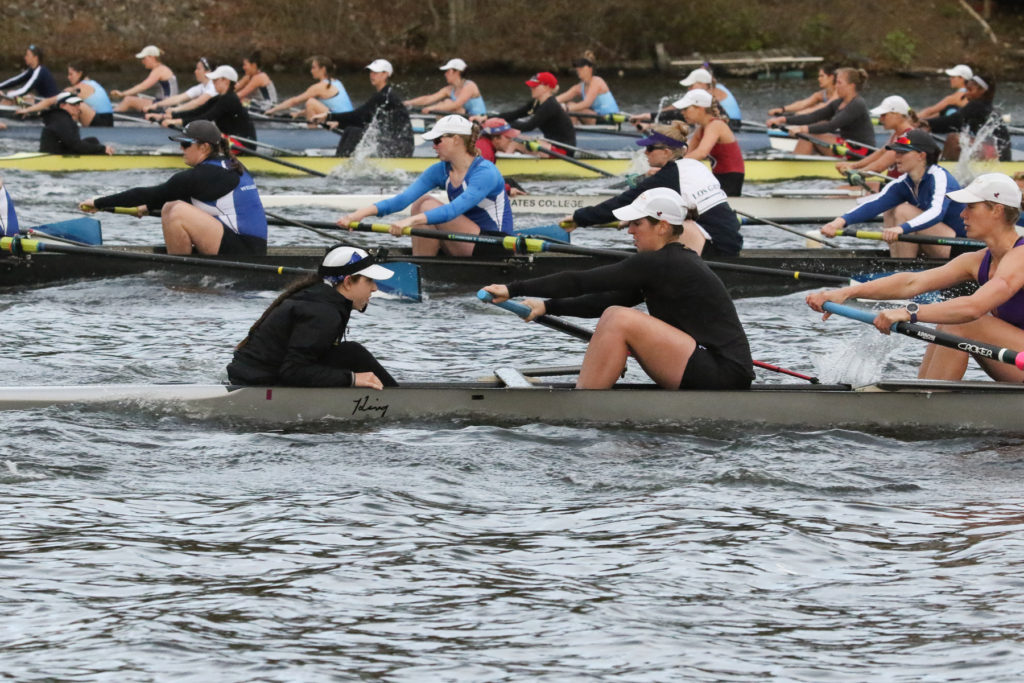 The Caldwell Character Achievement Award recognizes the Collegiate Series Commissioner, Gary Caldwell, and embodies all he has done to support the growth of rowing in not only New England but also nationally. The award recognizes a crew’s success on the water while also taking into account areas such as – sportsmanship, overall improvement, citizenship, and overcoming adversity over the course of the year – all qualities exemplified by Gary.

Citizenship goes without saying for Cadets at the Coast Guard Academy, for the last several years the men’s team has had difficulty boating a single eight – this year they were able to boat three eights (without a single senior).  The third eight has demonstrated tremendous resilience – never getting to row as an eight more than once a week because of mandatory training, medical, and classes that almost always draws at least one member of the team away.

Further, the 3rd eight bears the brunt by providing the body(ies) needed to fill the first or second eight during training. Additionally, the Cadets saw a near full fleet at their spring break trip; with only two athletes not attending. One of the athletes who didn’t attend chose to spend his spring break on a service mission in Haiti, for his effort he received an award for the most volunteer hours in his company.

“I am proud to receive an award named in honor of Gary.  If we are exhibiting his ideals we are doing things right,” said Bears Head Coach Bill Randall. “I am even more proud of the work the cadets have put in to start to revive CGA Crew.  We will continue to focus on ONE – from one team to one goal (always improving) all the way down to one drive!”

The Bears had a strong showing at this year’s regatta as well. Their varsity eight finished second to Middlebury in the petite finals while their second varsity eight took home a silver medal, defeating perennial contender and bronze medalist, Wesleyan University, by over five seconds. Due to poor racing conditions their third varsity eight was unable to race due to the event being cancelled. 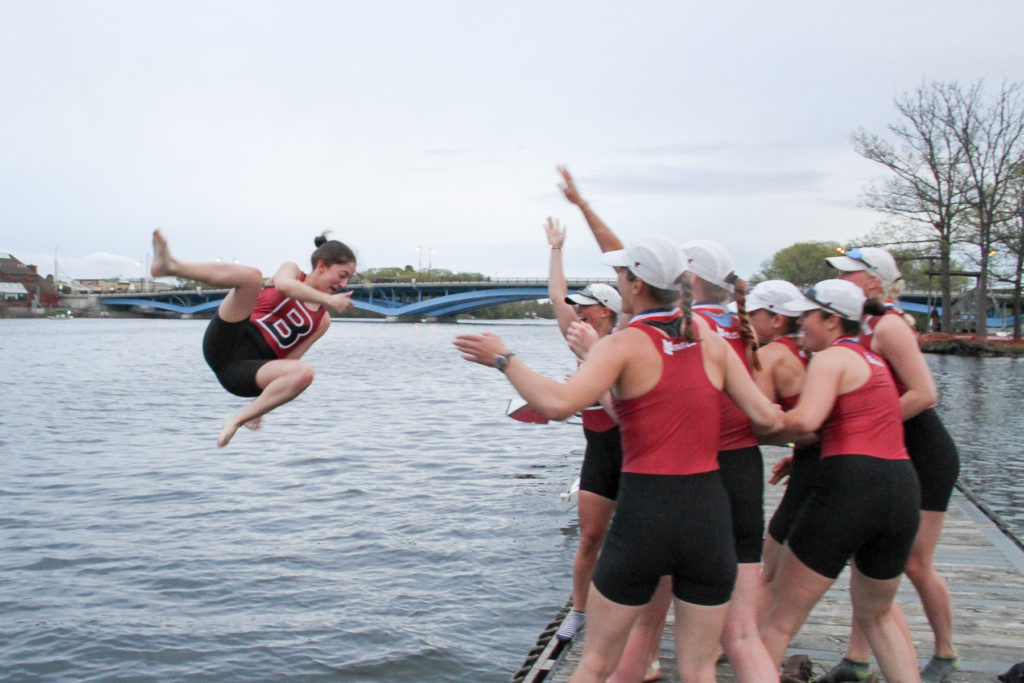 The NERC All-Scholar award recognizes the athlete from each program that holds the highest cumulative grade point average. Freshmen and first-year transfers are not eligible for the award as the recipient must have completed one full-year at their current institution.