WEST WINDSOR, N.J. - The 116th racing of the Intercollegiate Rowing Association (IRA) National Championship faced difficult conditions on Sunday at Mercer Lake. The race committee chose to move racing up to a 7:30am start and invert the order in an effort to get as many races in as possible. 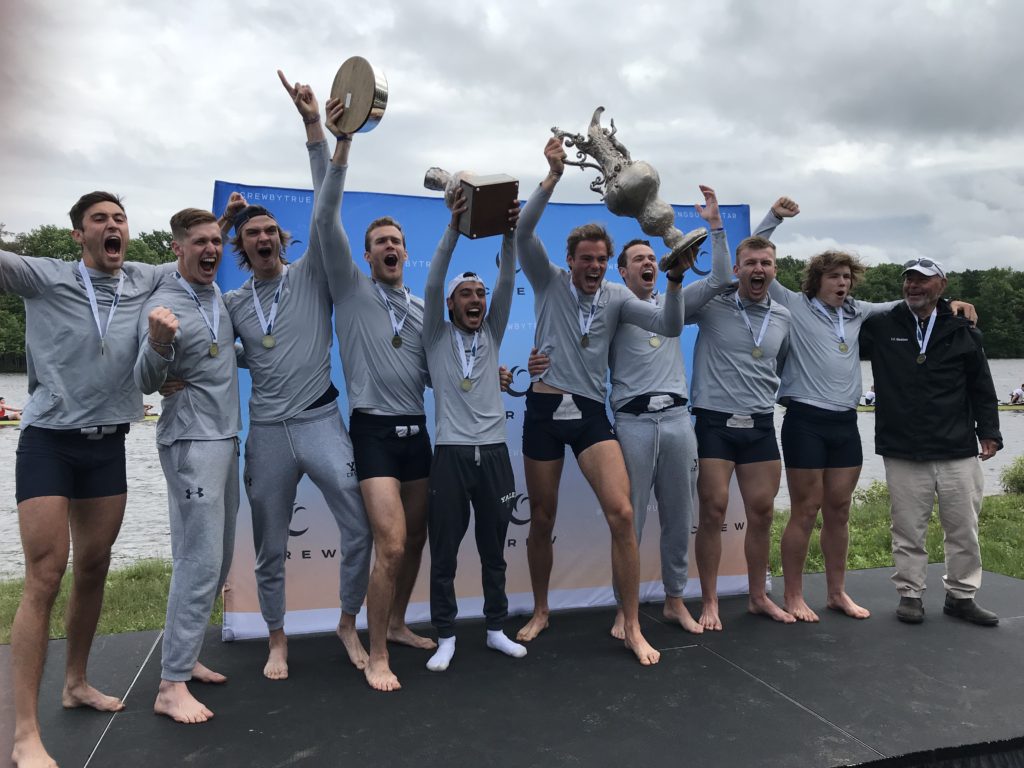 The Men's Heavyweight Eight Grand Final started the day with Yale University seeking their second-consecutive (and second overall) National Championship title. The Eli took control early and held strong throughout the course, but University of Washington and University of California Berkeley fought hard to catch them. Yale was able to hold strong as the crossed the finish in 6:01:68; ahead of Washington (6:04:33) and Cal (6:08:91) to round out the podium. 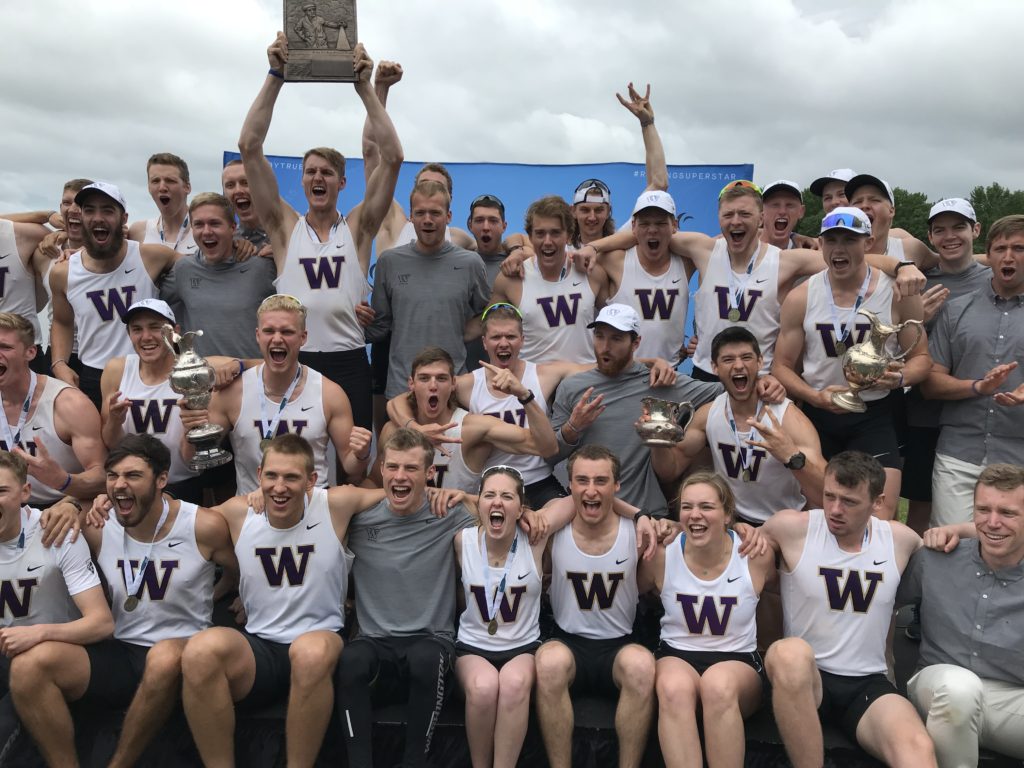 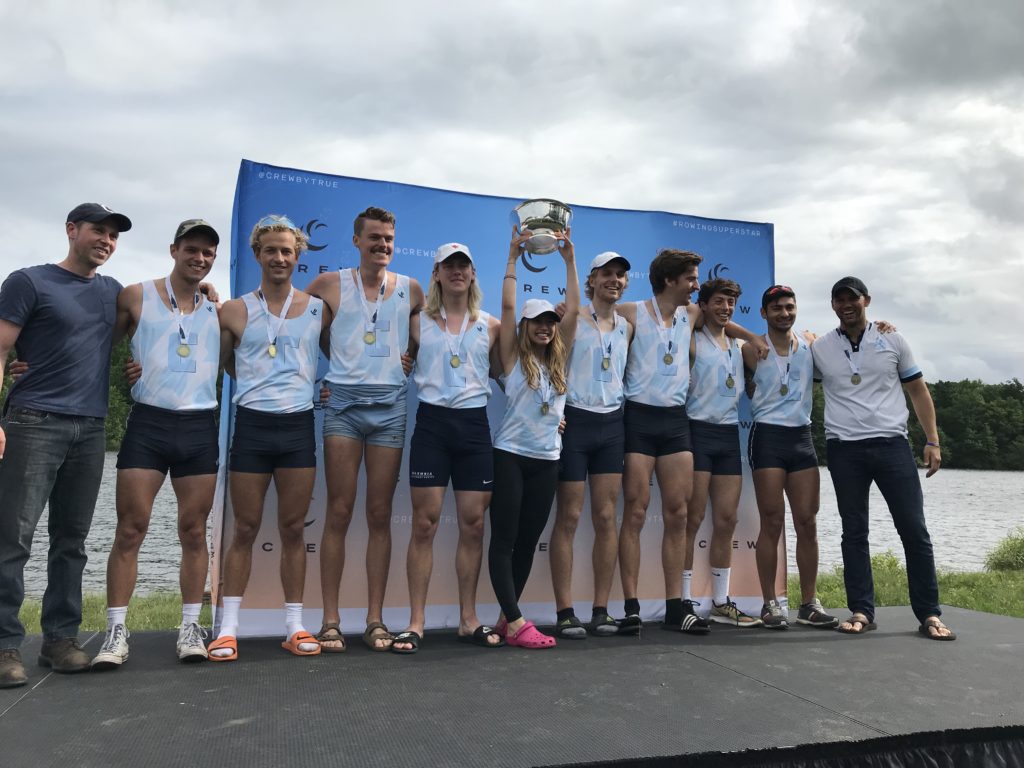 Next up was the Men's Lightweight Grand Finals as Columbia University would look to repeat their victory from Men's Eastern Sprints only a few short weeks ago. The Lions held off a strong push from the Tigers of Princeton University who pushed them to the limit down the 2,000 meter course. But, it was Columbia crossing the line first at 6:18:78 with Princeton following closely behind for second at 6:19:51. Harvard University and University of Pennsylvania battled it out for bronze but it was Harvard walking away with the hardware after finishing at 6:24:255. 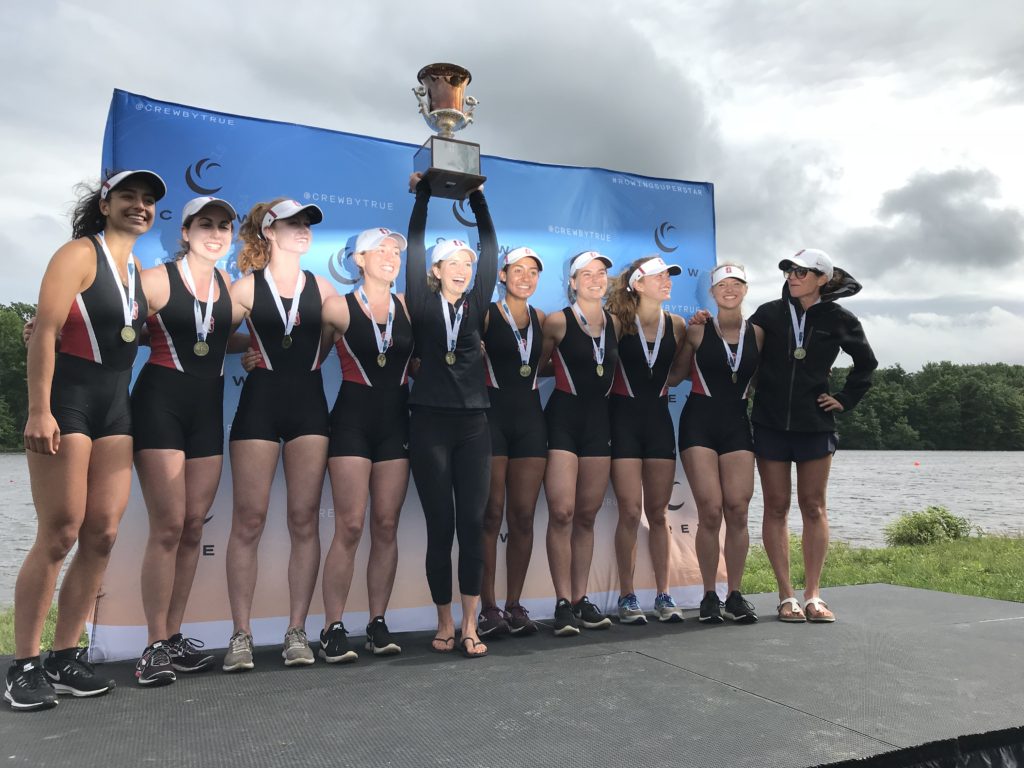 In the Women's Lightweight Eight Grand Finals all eyes were on Stanford University and Boston University to see if the Terriers could dethrone the Cardinal as National Champions. BU had defeated Stanford earlier in the season in Boston and Princeton and Georgetown University crews had continued to gain speed. Stanford came out with the lead early but BU refused to go down without a fight, maintaining contact throughout much of the race. In the end, the Cardinal crossed the line at 7:12:373 to claim their fourth straight National title. BU claimed silver at 7:17:616 and Princeton crossed the line at 7:20:543 to round out the top three.

As the day continued the conditions on Mercer Lake worsened and racing was suspended while the race committee and race officials discussed the best course of action to maintain safety for all. After deliberations the rest of Sunday's racing was cancelled. IRA Commissioner Gary Caldwell said the decision did not come lightly, "After suspending racing due to safety concerns at approximately 9:15 AM, representatives of the LOC, the Chief Referee, the Regatta Director, the Starter and Assistant Starter, and the Fairness Committee, met and went over potential scenarios," Caldwell said.

"Given the present, and future, weather scenarios they agreed unanimously that it would be imprudent and dangerous to resume racing in the time period allotted to the championships. As we monitored the conditions throughout the rest of the morning, it remained evident that the decision was correct as the sustained winds and gusts continued unabated," he said."

The IRA Fairness Committee reviewed results from Saturday's racing, specifically the Women's Lightweight 4+. Since all competitors were present and and all competitors had comparable race dynamics and conditions it was determined that medals and corresponding points could be awarded based on Saturday's race for lanes. Thus, Stanford was awarded gold for their first-place finish and University of Wisconsin and Georgetown University earned silver and bronze respectively.

With the Cardinal's first place finishes in both the Lightweight Eight and Lightweight Four, they claimed the Women's Overall point trophy for the fourth consecutive year. The IRA Fairness Committee determined that since  it was mathematically impossible for Stanford to be caught, regardless of incomplete results from the double sculls event, and were therefore appropriately named the 2018 Overall Team Champions.

The 2019 IRA National Championship will take place from May 31 thru June 2 at Lake Natoma in Gold River, California.

Full Results from the Weekend can be found here.