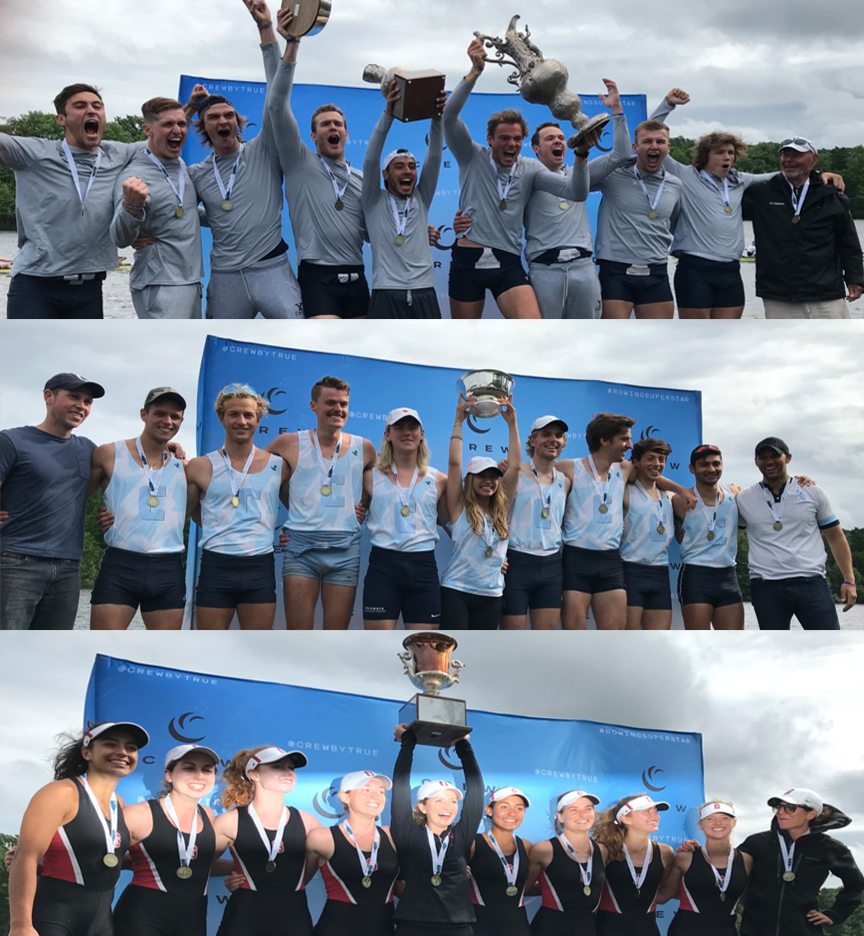 BOSTON, Mass. – The Intercollegiate Rowing Association (IRA) has announced the recipients of the regatta’s postseason awards. The member coaches of the Association selected all three national champion crews and coaches as the respective Coaches and Crews of the Year.

The Eli crew and coach swept the heavyweight awards after taking home gold for the second consecutive year in the Varsity Eight Grand Final at the National Championship on Mercer Lake. Yale jumped out early with a great start and held their position despite a strong push from University of Washington for the entire 2,000-meter course. The crew crossed the line at 6:01:648 to earn the Varsity Challenge Cup.

For Gladstone it was his third Coach of the Year nod on the year after being honored by his Eastern Association of Rowing Colleges (EARC) peers and fellow Ivy League Coaches in May. The win marks Gladstone's 13th IRA national title as a head coach. He now sits one national title shy of tying the record owned by Charles Courtney, who coached Cornell from 1883 to 1920 and won 14 national titles.

The Lions were voted Lightweight Crew of the Year after capping their season by earning the Men’s Lightweight National Crown in impressive fashion, defeating runner-up Princeton University with a time of 6:18:782. The eight finished 2018 with just one loss and swept all of its regular season cup races for the first time in nearly two decades.

Nich Lee Parker earned the Men’s Lightweight Coach of the Year nod from his peers after guiding his crew to a successful 2018 campaign. This victory marked the fourth varsity eight national championship for the institution. In addition, the Lions have now medaled in five of the last IRA regattas.

Stanford University and Head Coach Kate Bertko swept the Women’s Lightweight categories after the Varsity Eight boat crossed the finish over five seconds before the second-place crew. It was the fourth straight National Title for the Varsity Eight and their eighth crown in nine years.

In Bertko’s second year at the helm, the Cardinal lightweight program continued as a national power. The team captured the IRA overall points trophy for the fourth consecutive year thanks to their gold varsity eight finish and first-place finish in the lightweight four’s race for lanes during Saturday’s racing.