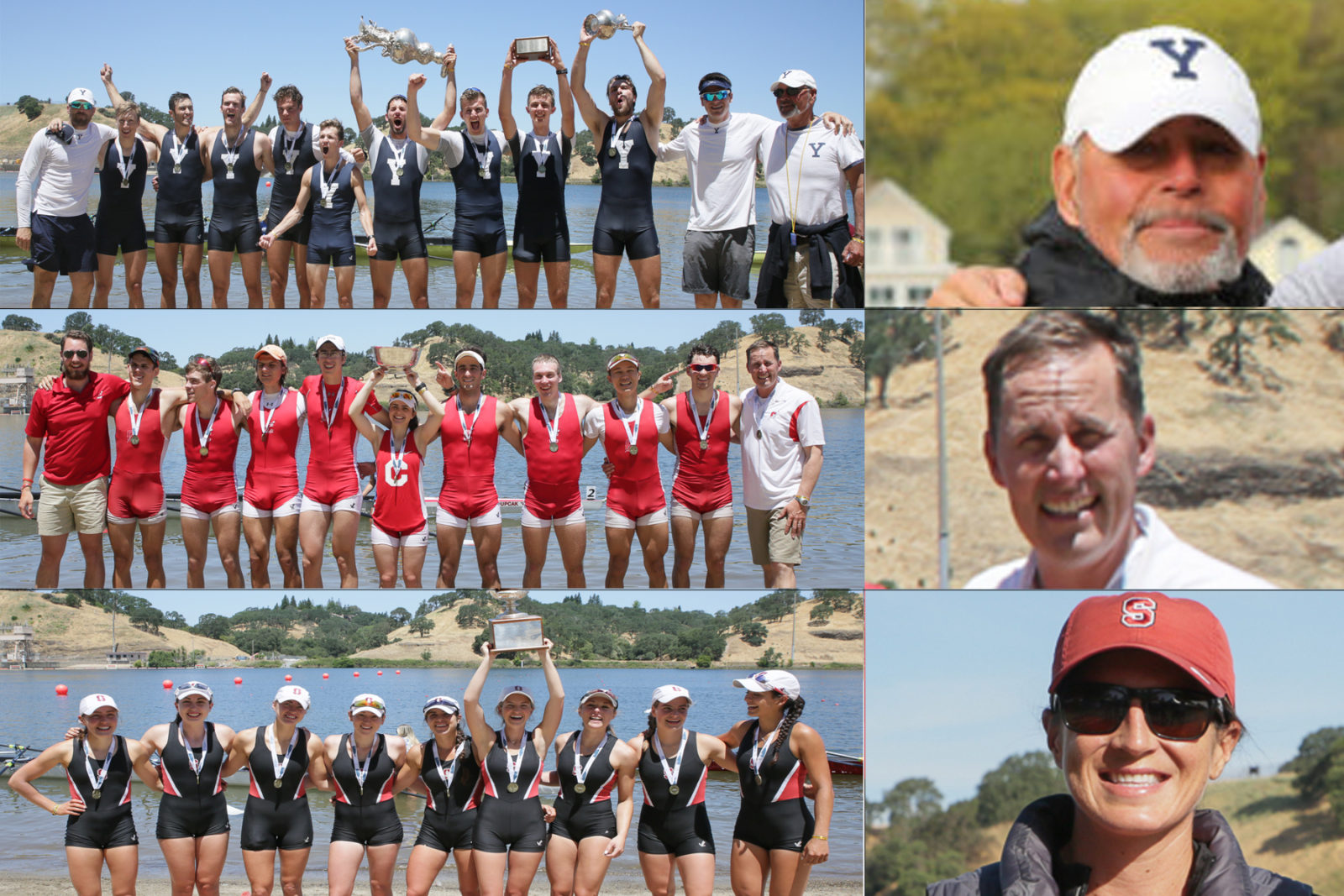 The Eli crew and coach swept the heavyweight awards after their inspiring first-place finish in the Varsity Eight Grand Final at the National Championship on Lake Natoma. Yale came out charging and didn’t relinquish their lead despite a late surge from perennial power, University of Washington. Yale edged Washington by six hundredths of a second to claim gold for the program’s first IRA National Championship.

For Gladstone it was his second Coach of the Year nod on the year after being honored by his Eastern Association of Rowing Colleges (EARC) peers in May. Gladstone is the only coach to secure national titles with three different programs, having previously won national titles with University of California Berkeley and Brown University. His 12 IRA titles place him two behind Charles “Pop” Courtney of Cornell University for the most varsity eight titles in collegiate rowing history.

The Big Red were deservedly voted Lightweight Crew of the Year after capping their undefeated season by earning the Men’s Lightweight National Crown in impressive fashion, defeating runner-up University of Pennsylvania by nearly a second.

Henry E. Bartels Head Coach of Lightweight Rowing, Chris Kerber, earned the Men’s Lightweight Coach of the Year nod from his peers after guiding his crew to a successful 2017 campaign. The Big Red lightweights also medaled in the Varsity Four w/o coxswain race, earning bronze with a time of 6:17.729.

Stanford University and Head Coach Kate Bertko swept the Women’s Lightweight categories after the Varsity Eight boat crossed the finish over five seconds before the second-place crew. It was the third straight National Title for the Varsity Eight and their seventh crown in eight years.

In Bertko’s first year at the helm of the program they continued to impress and raise the bar for women’s lightweight collegiate rowing. In addition to the varsity eight victory the Cardinal varsity four and double scull boats also earned gold. Those victories sealed the Overall Team Trophy for Stanford as well; making it three years straight their program has earned the honor.