CAMBRIDGE, MASS., August 17, 2020 - Hydrow , the Live Outdoor Reality™ (LOR) rower, today announced that it has been named the Presenting Sponsor of the Intercollegiate Rowing Association (IRA) National Championship, a postseason Regatta that supports the competition among top intercollegiate lightweight women's, heavyweight men's and lightweight men's rowing teams. Committed to increasing accessibility to the sport of rowing, Hydrow's sponsorship will ensure that the IRA National Championship Regatta continues to operate over the next three years, despite the severe economic challenges presented by the coronavirus pandemic. 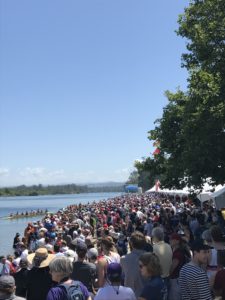 "The coronavirus pandemic has affected sports all over the world," said Bruce Smith, CEO and Founder of Hydrow. "We have so much respect for the IRA and its prestigious history, so partnering with the regatta to support the collegiate athletes that have dedicated themselves to the sport and ensure they have an opportunity to race for national championship annually is an honor. The accountability and camaraderie formed between rowers while preparing for and competing at the IRA are the same qualities found amongst the rowing community everywhere who support each other in their daily striving to be their best - be it on the water, in the classroom, as a teammate or as a member of their family and community.

Launched in 2018, Hydrow's live and on-demand workouts from world-class athletes of diverse rowing backgrounds brings an immersive experience to living rooms around the nation. With its unparalleled Live Outdoor Reality™ (LOR) technology, Hydrow delivers an experience that emulates the feeling of rowing on the water from your home. 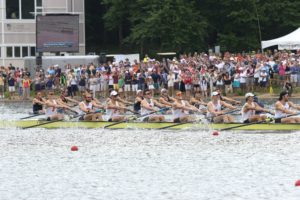 "I am thrilled to announce a three-year partnership with Hydrow to be presenting sponsor of the IRA National Championship Regatta, which will fund the continuity of the Regatta and add enhancements," said Gary Caldwell, IRA Commissioner. "We all feel for the collegiate rowers who lost their spring seasons and their chance to compete at a national level this year, and for those whose programs have been compromised by the fallout from the pandemic. While this partnership can't mitigate these situations, it will contribute greatly to the future stability and integrity of the National Championship Regatta. Moving forward, we hope that all the dedicated rowers committing their bodies, hearts and minds so fully to this sport, will once again have the opportunity to compete against the best crews in the country and pursue their dreams of achievement through rowing."

About the Intercollegiate Rowing Association, Inc.