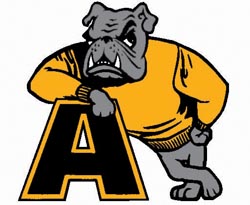 ADRIAN, Mich.—Adrian College athletic director Michael Duffy has announced that men’s and women’s rowing will be added to the Bulldogs’ growing list of sports, bringing to 41 the number of programs offered by the College.

"The addition of crew (rowing) programs at Adrian College represents much more than the simple addition of two more college sports. It marks the expansion of the campus footprint to a much larger community,” stated Dr. Jeffrey R. Docking, the president of the College. “It means our outreach and community collaboration expand to the west. And it marks another effort by Adrian College to provide a well-rounded experience for students who want to combine an outstanding academic journey with exciting opportunities outside the classroom.”

Duffy added, "Adrian College has prided itself on finding a niche in the higher education market, so adding crew is an innovative way to illustrate our commitment to sustaining one of the most wide-ranging NCAA Division III intercollegiate athletic programs in the country for both men and women in the safest and healthiest manner possible. We are excited to add a unique sport such as rowing to our lineup.”

Adrian’s complement of competitive sports includes 41 sports, with 21 for women and 20 for men. Rowing is the latest sport to be added, joining Club Baseball and ACHA Division 2 Women’s Ice Hockey that begin competition next fall.

This spring Adrian College officials will identify a head coach to lead both teams and to begin his/her duties this summer. The new coach will begin recruiting student-athletes immediately as the expectation is to compete as club sports for limited events in 2017-18, with varsity competition to begin in 2018-19.

“Our first rowing coach will have input into the design and construction of the new boathouse. We hope to have the site prepped and begin construction in May 2017,” Duffy said. “We also plan to hire an assistant coach this fall.”

Duffy said expanding the number of varsity sports also fits with Adrian's commitment to the liberal arts and to graduating well-rounded students for successful professional careers and life experiences.

"We are excited to provide opportunities for men and women to continue competing in their sport while getting a first-class education," Duffy said. "Rowing is a growing NCAA sport nationally.

“Our athletic program plays an essential role in teaching student-athletes to conduct themselves with honesty and integrity, make sacrifices, strive for excellence, persevere through adversity, and compete with dignity and pride while developing a commitment to teamwork.”

Bulldog Rowing will make its home on Devils Lake at 6150 W. US-223 on the property of the current Clearwater Resort and Motel. The motel will be demolished and a planned two-story boathouse will be constructed. The shore will serve as the launching point for the crew watercraft. The new boathouse will include meeting rooms, coaches’ offices and storage rooms for rowing equipment.

Devils Lake is located in Lenawee County between Woodstock and Rollin townships. The lake drains into Bean Creek on the southwest, just north of Manitou Beach.

(TRANSACTION: Adrian College--Announced the addition of men's and women's rowing programs for the 2017-18 academic year.)