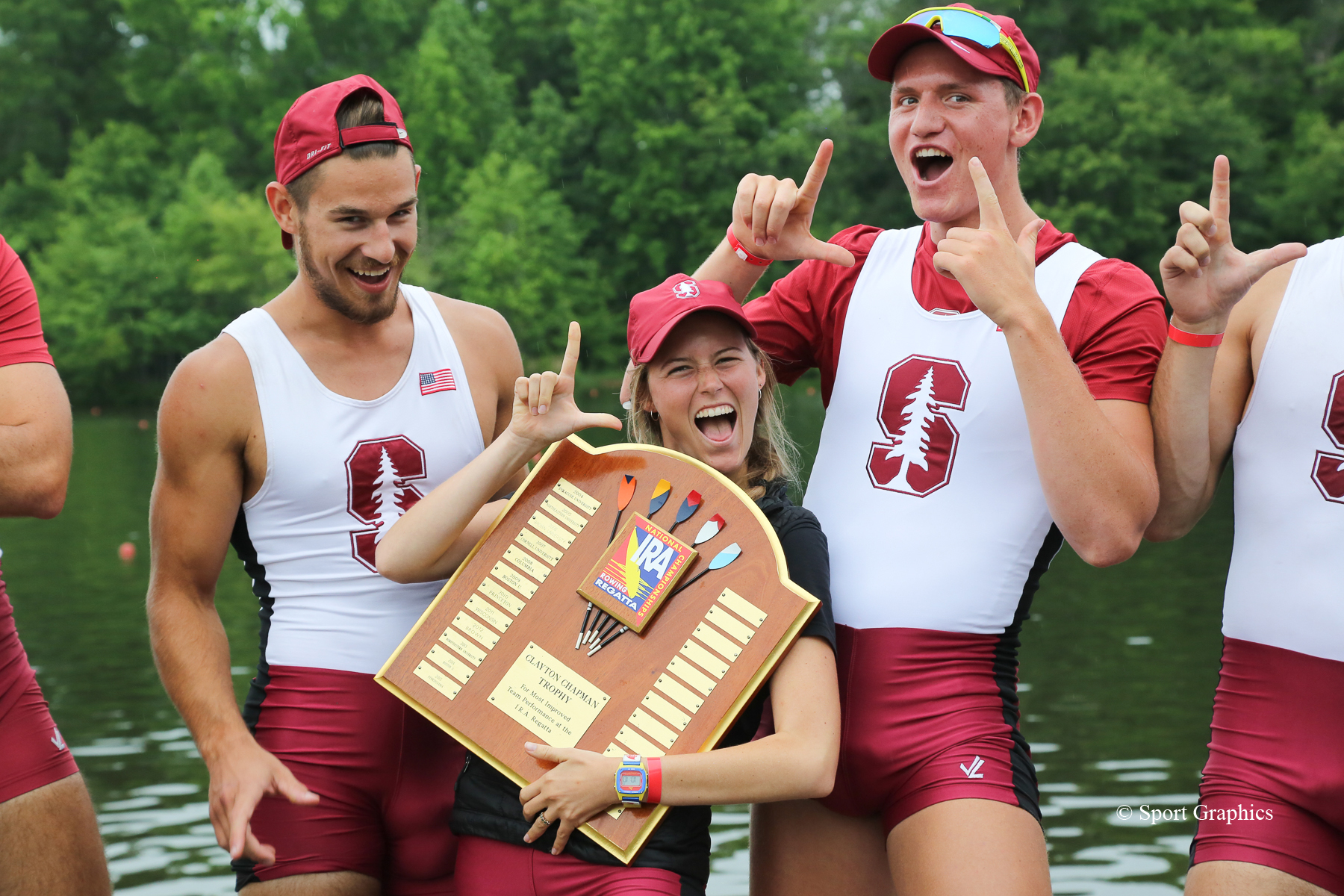 Established in 2004, the Chapman Trophy is awarded annually to the school which has generated the greatest increase in the total of Ten Eyck point count accumulated in the men's heavyweight eight-oared events (Varsity, Second Varsity, Third Varsity) compared to the total Ten Eyck point count for that school's performance at the previous year's IRA Regatta. The trophy focuses on the improvement by the school's men's rowing program in elevating the size and strength of its program to include, at a minimum, the three eight-oared events, which have always been at the core of the IRA Regatta for over 100 years.

2018 - Not awarded due to incomplete results/cancelled events