BOSTON, Mass. - The Intercollegiate Rowing Association (IRA) has announced their crews and coaches of the year following the 2021 National Championship regatta. Selections were based off votes from the Head Coaches of all programs competing at the Championship. 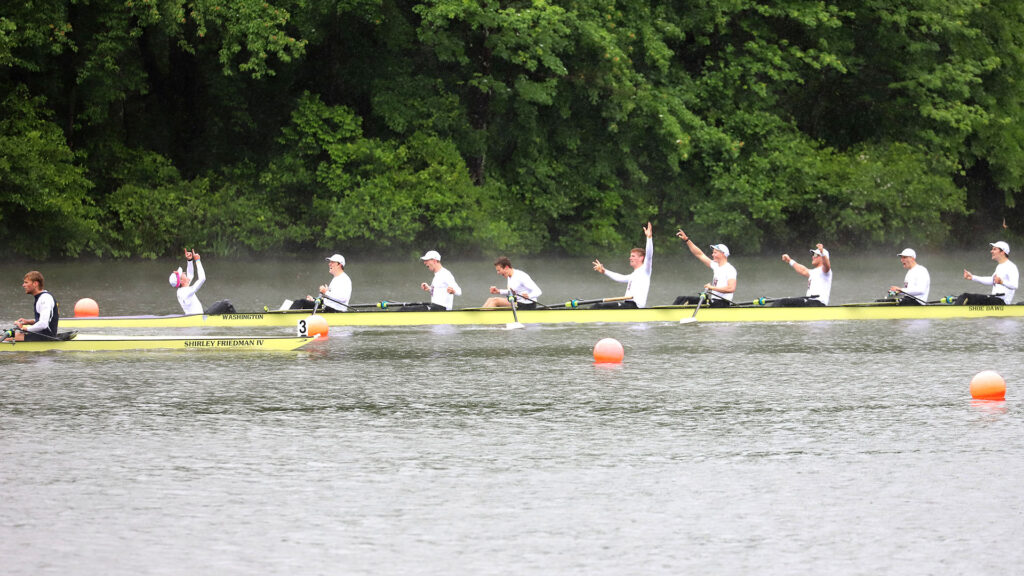 The Huskies earned Heavyweight Crew of the Year honors after capturing their first National Championship title since 2015. Despite cold and rainy conditions, UW crossed the finish line in a time of 5:59.707, besting PAC-12 rival University of California, by more than three seconds to earn the Varsity Challenge Cup. The crew was also steady during finals qualifying posting a time of 6:20.825 in the semifinals and the top time in the time trials at 5:26.416. George Esau, Pieter Quinton, Jack Walkey, Peter Lancashire, Gert-Jan van Doorn, Mattijs Holler, Adam Krol, Samuel Halbert, and coxswain Max Schwartzkopff were the members of the gold-medal crew.

Dartmouth Head Coach, Wyatt Allen, was voted Heavyweight Coach of the Year by his peers after guiding the Big Green to their first medal in the Varsity Eight in 17 years. All four Dartmouth boats claimed spots in the grand finals, earning a medal in three of them with the varsity eight and third varsity taking the bronze and the second varsity claiming the silver. The Big Green also finished third in the James Ten Eyck Point Trophy standings and took home the Chapman Award as their crew saw the biggest jump in the Ten Eyck point standings (235 points better) since the last regatta in 2019.

The Midshipmen Varsity Eight claimed Lightweight Crew of the Year honors after besting Princeton and University of Pennsylvania in a tightly contested Varsity Eight race. Despite the Tigers taking an early lead, the Mids found themselves even at the first 500 and then took a four-seat lead by the halfway point, one they would not relinquish, and cruised to a gold-medal winning time of 6:44.899. Jackson Fuller, Oliver Hasler, Andy Laberee, Myles Knight, Connor Rex, Lucas Schatz, Joshua Freitas, Jonathan Greenberg and coxswain Jack Ransack made up the victorious V8 crew. 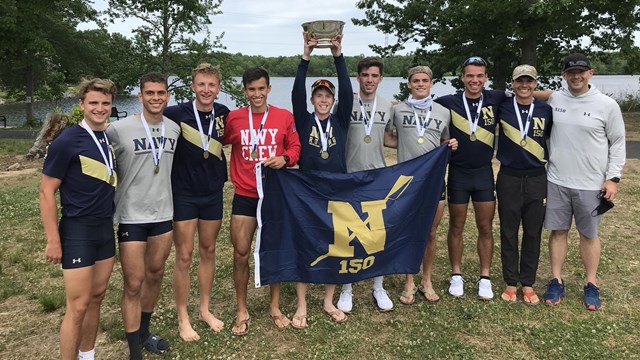 Navy Head Coach, Shawn Bagnall, earned Men's Lightweight Coach of the Year honors following a three-boat gold medal sweep for his crew at the 2021 National Championship. The Straight Four clocked an impressive winning time of 7:43.491, over 11 seconds better than silver medal crew Mercyhurst. The Second Varsity Eight also took home gold as they broke away from the pack in the final stretch of the race with a winning time of 6:41.362. IRA Lightweight Crew of the Year in the Navy Varsity Eight made it a clean sweep for Navy with their winning time of 6:44.899 to earn the 1922 Trophy, the first for Navy since 2004. With their program sweep - the team also captured the Men's Lightweight Points Trophy for the first time in the history of the award.

Princeton University claimed Women's Lightweight Crew of the Year after their gold-medal performance at the 2021 Regatta. The win marked the program's first National Championship at the IRA since 2003 after a dominating 26.3 second victory over the University of Wisconsin. The winning crew was coxed by Ashley Scott with oarswomen Annie Anezakis, Sarah Polson, Lauren Sanchez, Kalena Blake, Isabelle Chandler, Lily Feinerman, Rebecca Mays, Nathalie Verlinde making up the winning boat. 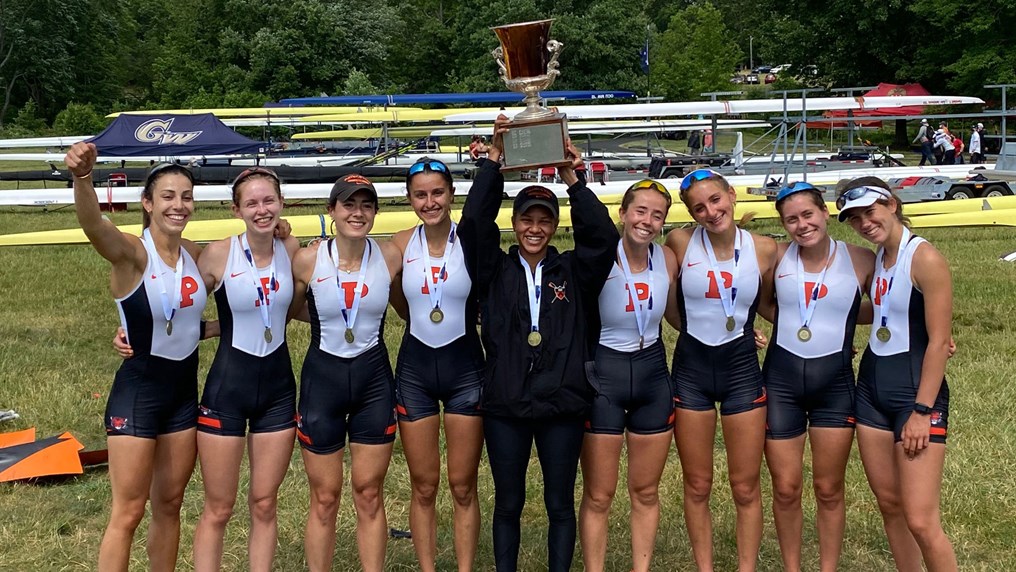 After leading his team to the National Championship, Princeton University Head Coach, Paul Rassam was named Women's Lightweight Coach of the Year by his peers. His women's varsity eight clocked a dominating time of 7:42.729 to claim the gold and Camden County Freeholders Trophy. The Princeton double also raced to a fourth-place finish with a time of 9:44.562.