Yale’s Varsity Eight captured Heavyweight Crew of the Year honors after racing to a first-place finish at Sprints. The victory marked the sixth consecutive first-place finish in the heavyweight eight for the Eli.  The Elis crossed the line just over a second ahead of Brown University. The performance by the Varsity Eight helped Yale to their third-consecutive Rowe Cup, awarded to the best overall performances across the varsity eight, second varsity eight and third varsity eight events.

The second-place finish for Brown marks the best finish for the Bears since finishing first in 2014. Overall, the program earned three second place finishes as well as a third-place finish. The performance earned head coach Paul Cooke EARC Men’s Heavyweight Coach of the Year honors for the second time (2012).

“It is quite an honor to receive this EARC Coach of the Year Award. I know how hard every team, coach and student-athlete works and strives for success in this league. I feel lucky and I really appreciate and thank all the EARC Coaches for their recognition,” said Cooke. “This award is a reflection of a lot of support by alumni and parents and by a job well done by our coaching staff, Assistant Coaches Rufus Biggs and Scott Cockle, and, most importantly, by this team of motivated student-athletes.”

On the lightweight side, Yale’s Varsity Eight was named Lightweight Crew of the Year after their gold medal performance, with the Elis posting a time of 5:58.641 in the grand final to best Navy by just under two seconds.

“I am so proud that the varsity was recognized this year, especially because of the other terrific crews in the league,” expressed head coach Andy Card. “The guys fought hard every week because they knew how tight things would be. I hope that the guys can look back with satisfaction on an incredible run and this recognition from the EARC coaches.” 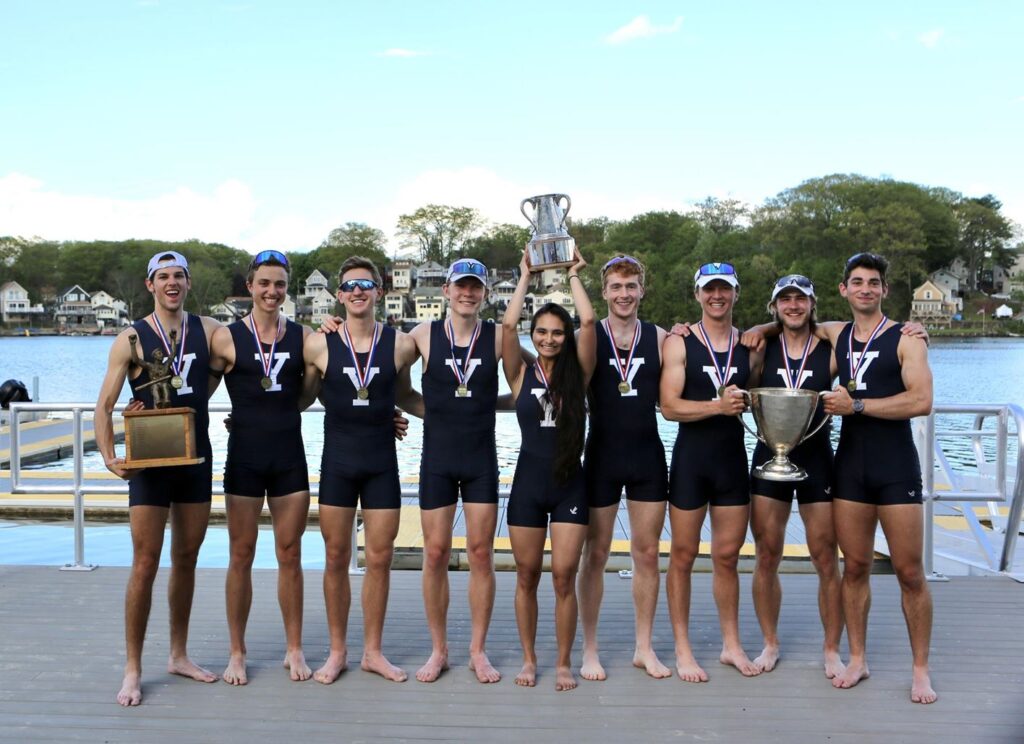 This is Card’s second EARC Coach of the Year recognition (2016). On the honor Card stated, “Of the many reasons there are to pick up an oar, individual recognition is very low on the list of motivations. And if recognition does come, it only is through the efforts and achievements of the whole crew. I’m honored to receive this award because our team has had a terrific season and it’s the result of much hard work on the part of 51 oarsmen and much support staff, including and especially my assistant Ned DelGuercio.”

Card also recognized the difficulty of the past two years and the effect it had on all programs. “I would like to praise every coach in our league who had to forge a new way through the last two years,” said Card. “All of us navigated through the pandemic without a map, and judging by the competition this year, the EARC emerged in full this year in great shape.” 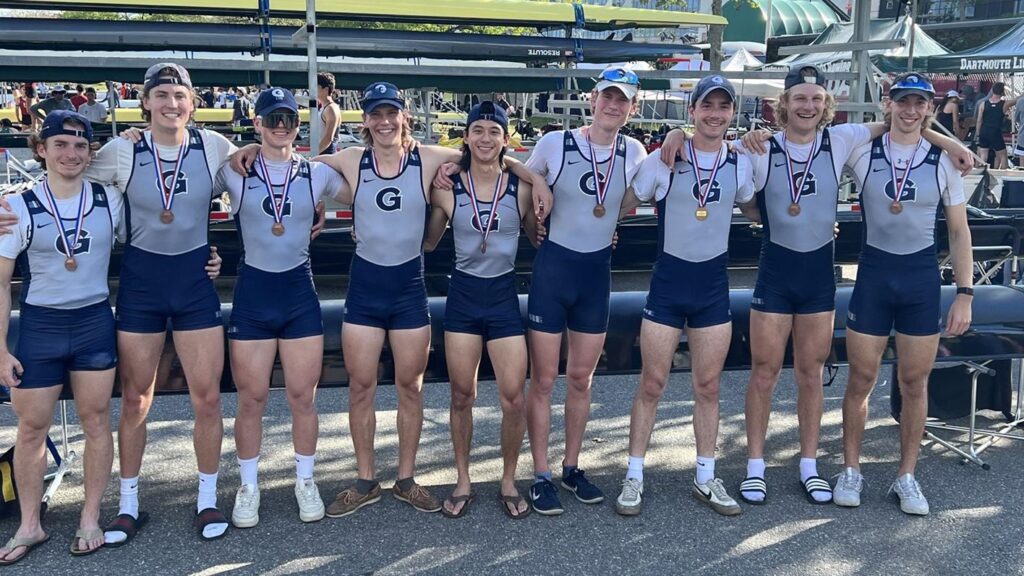 One such program was the Georgetown Lightweight Varsity Eight, for which they were bestowed the Rusty Callow Award.  The Varsity Eight took third in the grand final, finishing just behind Yale and Navy.

Rusty Callow was a legendary rowing coach, whose career spanned the first half of the 20th century. Rusty coached for many years at Washington, the University of Pennsylvania, and Navy. Among his many accomplishments, Callow coached the 1952 Navy crew to an Olympic gold medal.

The Rusty Callow Award is presented each year by the EARC to the crew that, in the previous year, best personified the virtues of “spirit, courage and unity.” Awarded annually since 1963, the winner of the award is determined by a vote of the head coaches of the EARC.

Georgetown Head Coach Emeritus Tony Johnson, who returned to the Potomac in December to oversee the Hoya men's rowing program for the spring season, acknowledged the adversity the lightweight squad overcame. "Credit our rowers who worked awfully hard on their own from January until the championship season began in February.  The team responded purposefully to new part-time coaches Matt Madigan and Joe Federici who joined with volunteer assistant Justin DeGaetano and helped them to realize their year-long goal of medaling at season's end.  This squad truly personified the virtues of spirit, courage and unity."